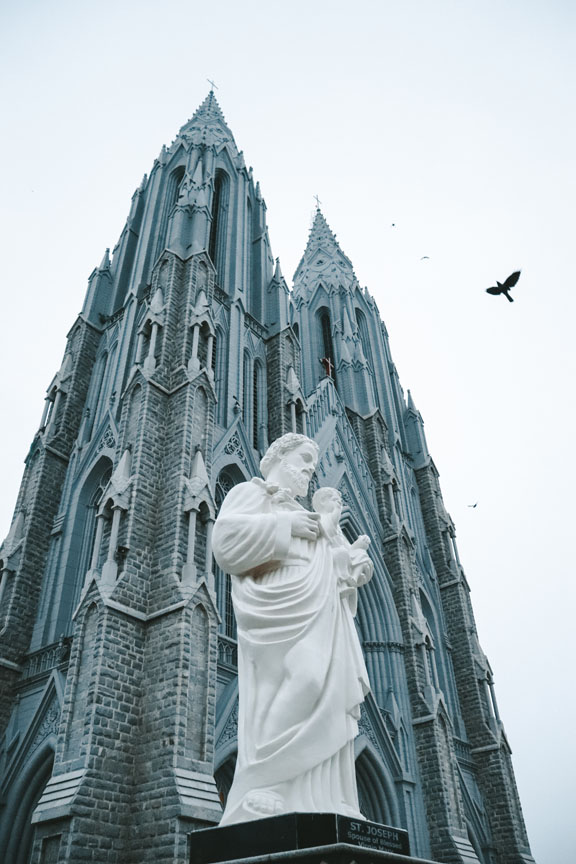 Legends from the Middle Ages attributed the end of a devastating drought to a prayer-devotion that the Sicilian people made to St. Joseph.

During a time of drought and famine, no rain fell on Medieval Sicily.  Food crops for both people and livestock withered and died. The people prayed to St. Joseph for help.

When the clouds opened, the desperately-needed rain poured down, and there was much rejoicing!  After the harvest, to show their gratitude, they prepared a table with special foods to honor St. Joseph and to share with the poor.  After thanking and honoring the saint, they distributed the food to the less fortunate.

This celebration became an annual tradition. Each year, wealthy families prepared huge buffets. The less fortunate people of the community, especially the homeless and sick, were invited, and all the remaining food and proceeds were given to the poor.

Through the years, the tradition has remained throughout Italy, and is also prevalent in Poland, Malta, Spain, the Philippines, and, with the influx of Sicilian immigrants to the US, here in our own country. 1

Join us on the Feast of St. Joseph as we gather together to make sack lunches for our local community directly following 10:00am Mass.